29th SESSION ( 17.02.2014):
This is the session happened as combined classes as Vivekananda, Mother Theresa and Mahatma Gandhi as there was a deficiency of  volunteers.

Vivekananda Class:
1) Children who are in the back log are asked to write saralapadhalu, achulu and hallulu as a part of revision.
2)  Gudinthalu as a bit test for the rest of the students.
Home work:  children are told to write achulu, hallulu and Gudinthalu for five times.

Mother Theresa:
1)      Asked the children to write 30 word using Gudinthalu.
2)      Told the children 20 Telugu words and the English meaning for the same and  asked them to write the same words for 5 times as a home work.

Mahatma Gandhi class:
1)      Mahatma class children are told 10 thoughts of being happy in school.
2)      Gandhi class children are asked to write vathulu tho padhalu of fruits, birds, vegetables and friends names.
3)      Told children English words and made the children to write the spellings on board.
4)      Told some amazing facts.
5)      Home work: Asked the children to know the season names and taste names in English.

30th session (24-01-2014):
This session held with the deficiency of volunteers, differentiated the back log children and had a special concentration on them by our volunteers and visited some drop out children homes at surrounding areas and tried to motivate them for getting them back to school.
Vivekananda Class & Mother Theresa: 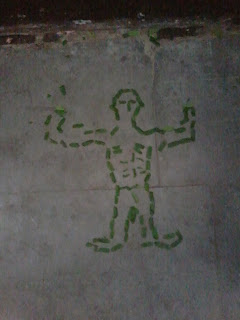 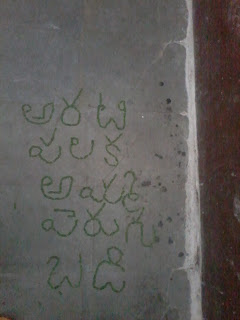 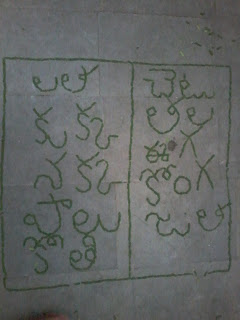