We are happy to inform you that we conducted eye checkup in GBES Primary School, Balkampet, SR.Nagar 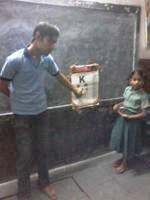 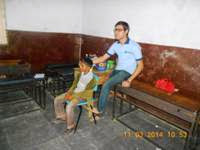 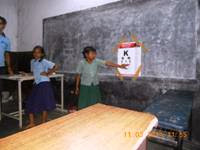 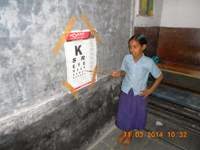 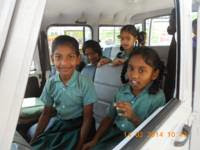 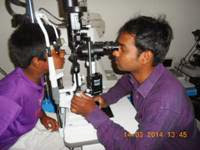 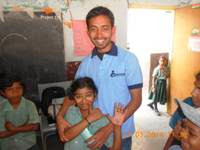 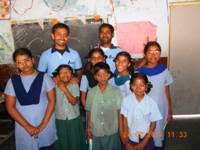 Thanks to one and all for your dedicated and motivational efforts

In view of facing shortage every time,  we ordered 150 (Tamarind Rice) food packets near to hospital under trail basis.

They made food with Quality, but with little bit variation in Quantity. But we completely distributed 150 packets in Hospital premises only.

Thanks for my co-volunteers for their active participation

I will be there.

On March 17, 2014  evening at 8pm, we have our regular food distribution at NELOUFER  hospital, under Annam Parabrahmam Project.

We will start from Mytrivanam, Ameerpet at 7p.m to hospital with food packets, interested people can join from here also. Other wise you can come directly to hospital. We are facing problem in distribution because of lack of sufficient volunteers to control crowd. pls do turn up.

You too can participate in this program by sponsoring fully/partially either Regularly/occasionally.

31th session (03-03-2014):  This session targeted the children who are enthusiastic to learn new things and make them learn new things like giving task to write passage on ICC champion’s trophy etc…

Mother Theresa:
Shown special concentration on the dull students and made them to write and practice the things which
they are back lagging like dheergalu in Gudinthalu etc.
The rest student are made to write passage about their family details and asked them to write some
English words.

Vivekananda Class:
Asked the students to write sarala padhalu by dictation among them self’s.
Started Gudinthalu for the students.
Told some amazing facts and made to write word and some drawings using green leaves.
Volunteers:  Dhaneesh, Haritha, Vikram, Sai. 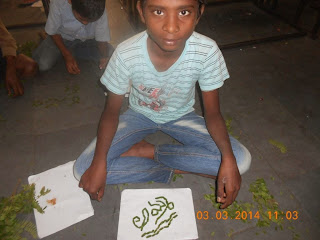 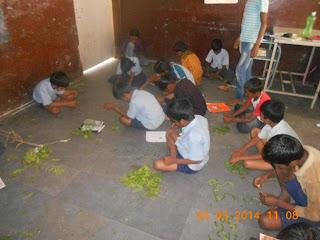 32th session (10-03-2014): we are ahead of the year ending and very few sessions remaining we had children remembers all the memories of the special occasions happened so far by showing the photographs to them and Distributed old cloths to first class children.

Mother Theresa:
Made to write Dictation on sarala padhalu among them self’s and asked them to write the mistake
Words for 10 times and pronounce them loudly.
Shown some inspiration videos about the benefits on doing smart work in life.

Vivekananda Class:
Made children to write dictation on achalu and hallulu and made to write sarala padhalu on board.
Asked to write Gudinthalu and assigned task to sushmita to make write the dull students achulu and hallulu.
With the help of achulu hallulu cards we explained words. 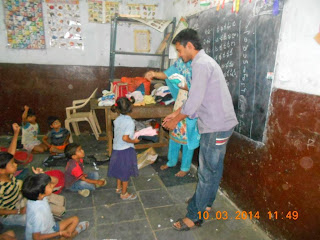 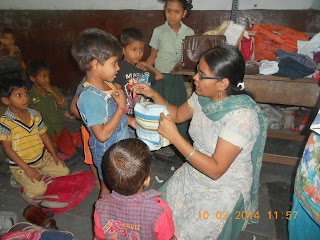 Note: Please Donate your children unused cloths to GBES School Students, they are in very much need.

Thanks to one and all


Love all - Serve all

Dear all,
We distributed career guidance charts  to 90students in Venkatapuramu (village),Narpala(Mandal).
Due  to pre final exams  to students just they given only 15min.We explained  it briefly within a time and given our contact numbers if they have any doubts to contact us.

In this week we are giving 80 charts in Govt Municipal High school students in Amarapuram(v),Madakasera(M)

We are also conducting  Career Guidance Session in Bukkarayasamudram to 174 students on 21st of this month. 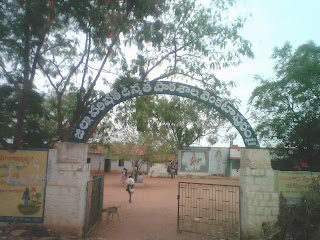 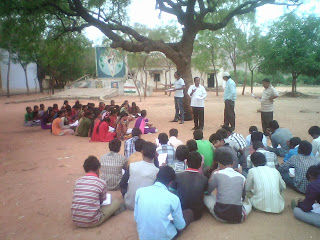 Love all - Serve all
P.Naveen Kumar

to 40 people  along with old clothes

Every Saturday one of the group coming and distributed food in the govt hospital .So, we planned to distribute food on Sunday .If time permits to our volunteers will distribute on remaining days.

5 kgs of rice given by our volunteer( Eswaramma ) friend and remaining  rice given by fromASWA. Prepared  lemon rice  by  my mother.

My special appreciation to Eswaramma for collecting old clothes in and around home. My special thanks to Basha bhai for his supporting me in Every activity .

After long time we again starting activities in Ananatapuramu .Due to because of band's & am in job searching .Right now i got a job in Bangalore and i  have sufficient time to do our activities in Anantapuramu surroundings .

on March 1st 2014 evening at 7:30 pm, we  have our food distribution at Govt hospital ,Anantapuramu under Annam parabrahamam project along with old clothes distribution. If any one interested to be  volunteer  or donor join with us.

With the help of Mr. Veeranjaneyulu of Sankalp Foundation we are able to complete these sessions with ease.

1. Sai Chaitnya EM School : This is the 1st Private School in our 2 years list where we conducted this session. Due to their busy schedule we have given only 1 hour time.  That too more than 10 Minutes and Teachers forced us to complete it at the earliest as they have exams. So we completed our session between 11.40AM to 12.40PM to around 60-70 10th Class Students. I willbe more happy if i get at least 1 Hour or so.
EVENT ALBUM 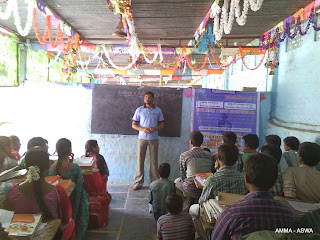 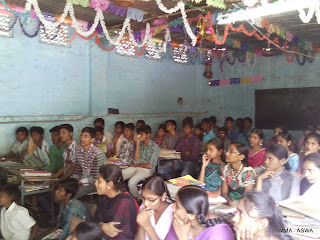 2. Govt Z.P High School, Rayavaram: I am really impressed with this school management. HM is so dedicated towards his job so as the teachers. Actually this school is not planned initially. But with efforts of HM we conducted the session to around 70-90 Students. Even 5-10 teachers listened our sessions with lots of interest.  Children are very active. As they have given sufficient (1.5 Hours) time i am able to deliver the complete planned content. At the end of the session one Teachers requested us to TEACH FEW TECHNIQUES FOR MEMORY IMPROVEMENT. I explained that "INTEREST & DETERMINATION" will fetch all the desired  results. I explained them that i am not given any session earlier reg this so its not good to say few words which i know with out any proper planning & preparation. We started the session at 1.15 and completed it by 2.45PM.
EVENT ALBUM 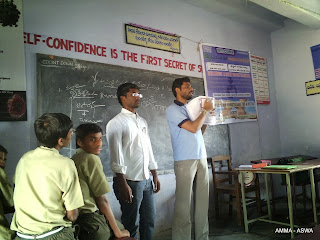 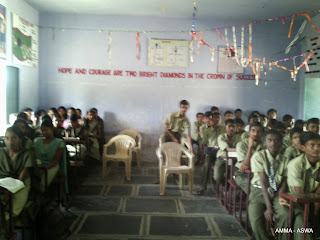 3. Govt Girls High School, Markapuram:
With lots of hurry we reached the school around 3.20PM. HM is accepted but the class teachers did not accepted in the 1st instance. After our brief intro about session they accepted. There are around 220+ Students and HM said its not possible to arrange Mike etc., at this point of time. We said we will handle the session. So we started session at 3.45PM. As you all know its bit difficult to handle 200+ Girls in a big a class room. But our experience teaches us how to do it. So we conducted session with out any problems.
EVENT ALBUM 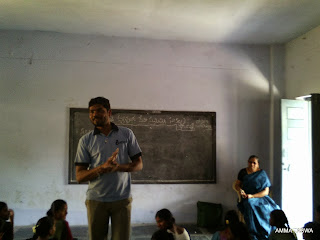 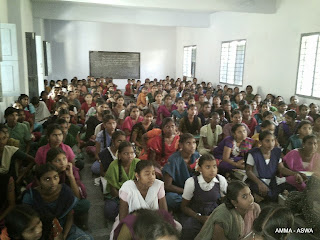 All this is possible only because of Mr. Veeranjaneyulu of SANKALP Foundation. His dedication in arranging, planning and conducting these sessions is really motivating.  Thanks to him for giving an opportunity to meet more than 400+ students.

As requested by our volunteer Mr. Veeranjaneyulu we are conducting Career Guidance Session in 3 Schools on tomorrow i.e Saturday 22nd Feb, 2014. We really appreciate Veeranjaneyulu efforts in conducting these Sessions.

Sunday 16th Feb -14 we have successfully completed the home visit of the “Ashray Akruti Home for Deaf Children” at Begumpet.

We spent our time in the below

Volunteers has got different experience and they are very happy. There is no words to say about the experience. Every Volunteer participated actively and enjoyed a lot. Thanks to every body for make this event grand success.

Its really very inspiring to see the children. They are very motivative. Dhanesh, Tejo & other volunteers could you please share your views on this visit. 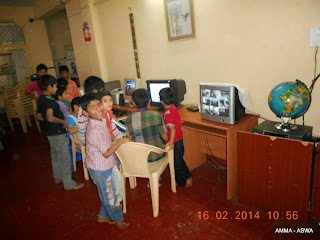 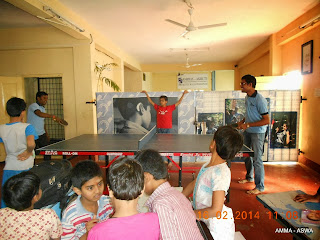 Please come & join with us and make this event grand success.

From: Naresh Kumar <nareshdrl.1986@gmail.com> Date: 5th March, 2014 We have paid Rs. 4,500/- towards Final Installment of 2 Students vide cheque. Thanks for all the donors for extending their support. We will update their Annual Progress Report after completion of this Academic Year.

From: Naresh Kumar <nareshdrl.1986@gmail.com> Date: 10th Jan, 2014
We have paid Rs.6,500/- towards 3nd Term School Fee of 2 Students vide cheque. If more donors come forward we can support more eligible and needy students. Thanks for all the donors for extending their support.

@ Mr. Venkatesh
Please update us regarding children status and their improvements.


On Friday we have paid Rs.4,500/- towards 2nd Term School Fee of 2 Students vide cheque. If more donors come forward we can support more eligible and needy students.

We have Received Request from childrens mother for continuing the Help to Both children for this academic year also. Based on that Me (Venkatesh)& Haritha garu  visited their home on 25.06.2013 to verify the status. We satisfied with their personal as well as academic growth.They improved a lot than last year.  They requested us for total fee 22,000/- help for 2 children for this year also .

We discussed the same in our last Monthly Meet, Board Members suggested 2 alternatives
Premaltha Garu said there is no Govt or SVM school nearby, so transportation becomes difficult. Based on present traffic conditions. She also donating 250/- PM regularly to reduce our burden and help other students like her children.

After discussing again, Management decided to pay the fee for children. On 21st July we have paid following said 1st installment fee through cheque.Thanks to all the Donors who have been with us in extending  these services Sai Kiran-8th Class- 3,500/-  Vinay Kumar-3rd Class-3,000/-

On 6th Jan, 2013 Surendra & Naresh Kumar handedover the cheque of 6,000/- to Prema Latha garu for her children final term fee. Cheque issued on School Name. Thanks to all the Donors who have been with us in extending  these services.

In every case we request the parents to Repay at least a minimum amount. This is only to involve and make them responsible along with verifying their attitude. Based on the Financial Position in our visits, we will try to extend our all possible help when required to this family. Thanks to all the donors who are behind the screens and who are the reason for these acts.

We have received the following Help Request from Prema Latha of Capital IQ. Prema latha, 35 Years is working as an House Keeper in Capital IQ. She is getting 5,500/- PM. Her husband passed away and she is the only source for her family. She has 2 Sons Younger one is studying UKG and Elder son i.e. Sai Kiran is studying 7th Class in nearest Private School i.e. L.R.Kishore High school, Karmika Nagar, Yousufguda.

Our Volunteers Haritha  & Surendra finished the verification formalities. They reported that Children are below average in studies and as per our norms we can reject the profile. But children can improve if we can monitor them regular

Based on Premaltha’s financial condition we have Paid the 1st Installment School of Rs.3,000/- to Mr. Sai Kiram directly to School.

After 3 months if we find any improvement in the children’s status then we will continue to extend our Total Support to these children, otherwise she has to repay the amount in installments (ex. 200/- PM).