We are happy to inform that we visited Mahima Ministries on Sunday 10th August 2014 under Share & Care Project.

This home is located at Ameenpur village near Lingampally which has around 90 inmates who are orphans and semi-orphans.
We reached there by 10.10 am and children were so innocent. Nearly 60 Pupil are below 5th standard.

Many of them were around 5 years so they were sleeping and making noises but due to our Volunteers interaction with teachings of moral stories and good habits they became silent and curious.

We conducted games and could spend little time with children due to their prayer time
100 Biscuit packets, 20 inspiring books and old clothes were distributed 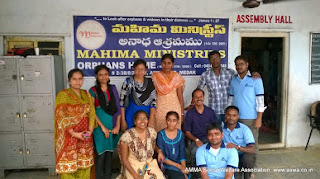 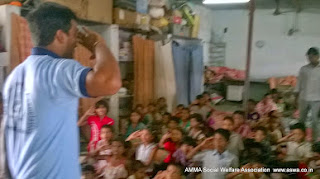 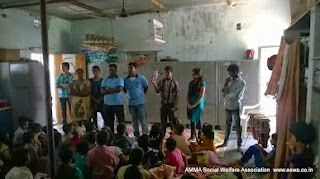 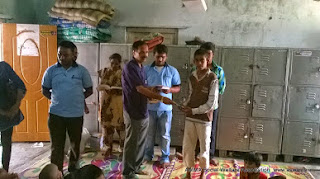 On Sunday 10th August 2014 as part of our monthly visit under Share &Care project, we (ASWA) are going to conduct Home
Visit of Mahima Ministries (near Lingampally). This home consists of nearly 90 inmates who are below 16 years

Please join us for this visit